PUNTA GORDA — Bill Mader believes he is being harassed by workers at the Punta Gorda Airport.

Mader, 83, is an Uber driver and was informed by several employees that he needs to pay $1,000 for a permit to park on airport property.

He made contact with the San Francisco-based company and they told him “they would pay any fines and other fees.”

“One worker told me he was going to call the police,” Mader said. “I told him, ‘Call the police.’” Another employee, who Mader referred to as a crossing guard, told him, “You’re stealing from the taxis.”

“He stands in the middle of the road and he screams at me,” he added. “I try to avoid them. The police have been very professional, I must say.”

Mader said “they claim everyone has a permit.”

“I doubt that,” he continued.

Pam Seay, a member of the Charlotte County Airport Authority, representing District 1, said that is not true.

“First, our employees may have been too assertive, but they were right,” Seay said. “All taxi companies pay $1,000 for the first vehicle and $250 for each additional one. The taxis have paid and are insured. As far as I know, we don’t have that with Uber.”

Seay said that the county has a “Taxi Cab Ordinance,” but because of its unique operation, Uber doesn’t fit. Taxis are clearly marked, Uber vehicles are not. 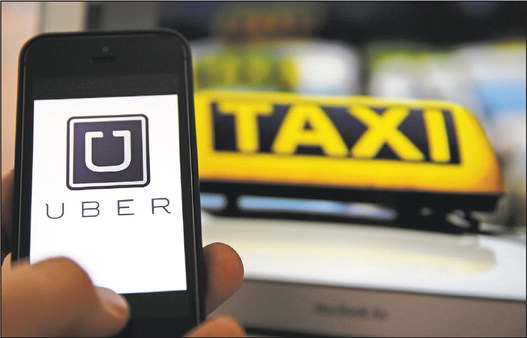 Uber has met resistance at the Punta Gorda Airport.

Click here to see this page in the eEdition: